You are here: Home / Our Instructors & Tutors 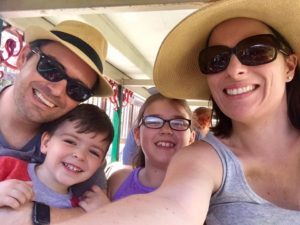 Robert is the owner and co-creator of CCPrep (along with his wonderful wife Nicole). Robert has been teaching at CCPrep full time since its creation in 2007. His strength in high school (earning ten 5’s on his AP exams, an SAT score of well over 2000 and subject test scores of 800 in Math 2 and 790 in Chemistry) fueled his desire to create a tutoring company aimed at helping students in all aspects of their high school academic experience. Robert has worked, both individually and through his classes, with well over 1,000 Orange County high school students. 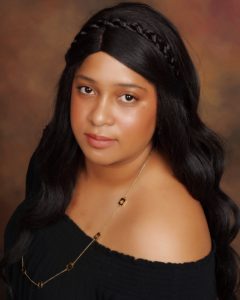 Mariya is a graduate of Pepperdine University’s Master of Arts program in Clinical Psychology. During her time as a graduate student, she maintained a 3.85 GPA and was a trainee at Pepperdine University’s renowned narrative therapy clinic. She is also an alumna of Concordia University and graduated with a Bachelor’s degree in Psychology with minors in Creative Writing and Sociology. During her time at Concordia, Mariya was a leader in her school’s chapter of the Phi Delta Epsilon International Medical Fraternity and a member of the Concordia Wind Orchestra. In addition to club and musical activities, she also conducted research in the field of psychology and had multiple works of poetry and short fiction published. Outside of school, Mariya is an MFT (Marriage and Family Therapist) trainee that provides therapy to adults, teens, and children. Mariya also holds a substitute teaching credential. It is Mariya’s goal to provide an individualized and enjoyable tutoring experience. 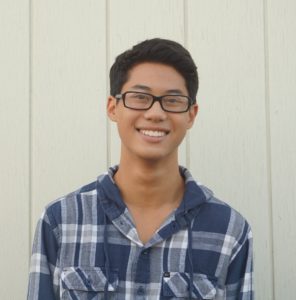 Jonas started his career at CCPrep as a School Subject tutor his senior year of high school. He attended Tesoro High School where he graduated with valedictorian status and earned a lifetime membership in the California Scholarship Federation. He took 11 AP’s and got scores of 4 or 5 on all of them. He stayed active in the volleyball team, orchestra, and Comedy Sportz while he was Vice President of Investment Club and Treasurer of French Club. Jonas earned scores of 2130 on his SAT and 34 on his ACT. He began SAT/ACT Prep his first year of college at UCI. Currently in his second year, he is studying Chemistry and hopes to help students expand their knowledge and achieve their goals. 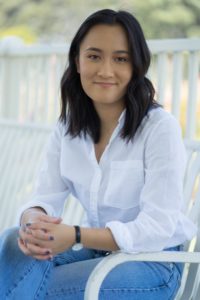 Sabrina is in her fourth year working at CCPrep, where she first started as a School Subject Tutor her senior year of high school. She tutored in various math courses ranging from Algebra 1 to AP Calculus, and graduated from Aliso Niguel High School in 2016 as a valedictorian. Currently, Sabrina is attending UCI as a third year Biological Sciences major in order to pursue her goal of becoming a physician, earning a spot on the Dean’s Honor List every quarter. In this recent year, Sabrina became an undergraduate researcher in a Chemical Biology lab at UCI, as well as a volunteer at the UCI Medical Center to further pursue a career in medicine. Sabrina has helped numerous students reach their goal SAT and ACT scores as an SAT/ACT tutor, and is excited to continue her journey at CCPrep as an instructor as well. 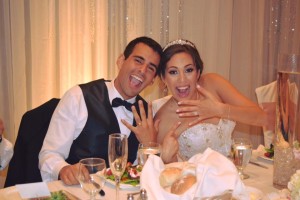 Joey is a science teacher at Irvine High School. Joey is an Honors graduate from UCI with a Bachelors degree in Biological
Sciences, and returned to UCI for his teaching credential. He has earned honors for his exceptional grades during every quarter of his undergraduate career, In the process, he has also played an integral role as an Executive Board member of the Coptic (Egyptian) Club at UCI and a CCPrep tutor. Joey has been tutoring at CCPrep for over five years, including countless hours individually tutoring students preparing for the SAT and ACT exams and teaching classes. 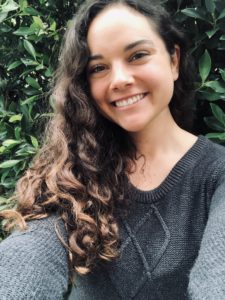 Alisha graduated from Aliso Niguel High School with valedictorian status and an academic GPA of 4.71. During high school, she took 10 AP courses, 5 honors courses, and scored a 1520 on the SAT and a 36 on the ACT. Alisha tutored at CCPrep her senior year in the subjects of AP Physics and math. She plans to attend UCSD in the fall with a regents scholarship to study mechanical engineering. 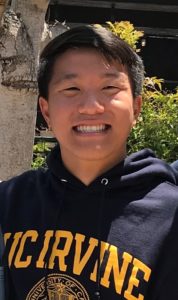 Darin graduated from Aliso Niguel High School with various honors including Valedictorian and with a Seal of Biliteracy in Spanish. He has taken a total of 8 AP courses throughout his high school career and achieved a 35 on the ACT. Darin has also played for the Varsity Tennis Team, participated in the Aliso Niguel Chamber Orchestra, as well as volunteered at the Saddleback Vietnamese School as a teacher aide. He will continue his education in the fall of 2019 at UC Irvine where he will pursue a degree in Mechanical Engineering. Darin hopes that other students will achieve their academic goals with the help of his personalized tutoring. 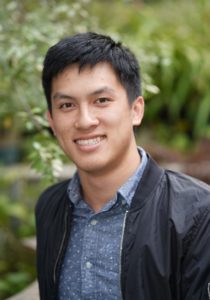 Dylan graduated Aliso Niguel High School with a GPA of 4.62. He plans to study biology at UCI in fall of 2018 in order to pursue his goal of becoming a psychiatrist. He has taken 13 AP and honors courses throughout high school, earning a 4 or 5 on all of them. Dylan was a captain of ANHS’s Dance Appreciation, where he performed in hip hop dance, and is also a first degree black belt in taekwondo. He has tutored all math up to AP Calculus BC and enjoys tutoring biology and English. Going into his second year as a CCPrep tutor, Dylan hopes to fulfill his passion of helping other students achieve their full potential. 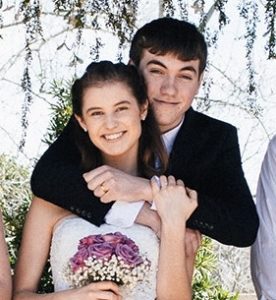 Elisabeth graduated Aliso Niguel High School with valedictorian status. She took 12 AP courses, 4 Honors courses, and achieved a 36 on the ACT. She sang in two Aliso Niguel choirs for 4 years and served as class president her senior year. She married her high school sweetheart in spring of 2019 and is excited to reach their goals together. 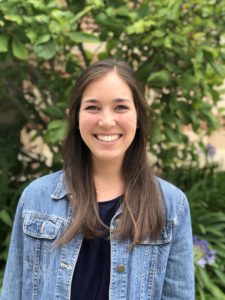 Jenna graduated from El Toro High School in 2015 while simultaneously graduating from Irvine Valley College Summa Cum Laude with her Associates degree. She finished with an overall GPA of 4.68 and earned a 32 on the ACT. She went on to graduate early from UCLA in 2018 with a B.S. in Cognitive Science with a Specialization in Computing. While at UCLA, Jenna worked as a research assistant and data manager for the BEAR Lab with the UCLA Graduate School of Education and Information Studies, interned at the Early Childhood Partial Hospitalization Program working with children with Autism, and was involved in Cru Christian fellowship. Jenna plans to go to graduate school in pursuit of a Masters in Occupational Therapy. 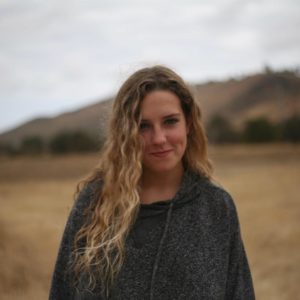 Madeline Churchill graduated from Santa Margarita Catholic High School with an International Baccalaureate Diploma, where she also took 5 AP classes and scored a 31 on the ACT. She spent the past year as an AmeriCorps member working with City Year Baton Rouge in Louisiana as an in-school tutor and teacher’s assistant at Istrouma High School. Madeline will continue her education at UC Riverside as a geology major. 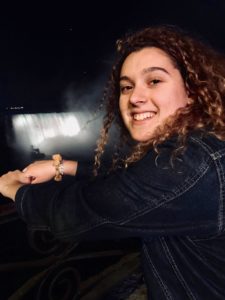 Teddy graduated from Aliso Niguel High School as a valedictorian with honors. She acquired a 4 or 5 on 10 AP exams throughout the years and earned a 33 on the ACT. During her senior year, Teddy tutored students in statistics, geometry, algebra, and calculus. She also served on the Auxiliary Student Board at Mission Hospital while volunteering in the Surgical Services department. In September, Teddy will be attending UC San Diego to study human biology with aspirations to work in the medical field someday. Teddy is excited to continue tutoring at CCPrep, where her college readiness journey began. 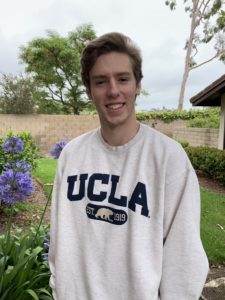 Zac recently graduated from Dana Hills High School with honors and valedictorian status. While at Dana, he took 7 AP classes and scored a 34 on his ACT the first time he took it. Along with being a previous subject tutor for CCPrep, mainly for math, Zac is at his church every weekend helping, teaching, and playing music for kids ages 4 all the way up to 8th grade. He will continue to pursue his education at UCLA in the fall to study Applied Mathematics and Music.